Its about 10:35pm Saturday, June 17th and my heels aren’t as forgiving as they were two hours ago as I tipped across the street from the Melia Nassau Beach hotel to my car.

The interesting thing is… as long as I was in the hotel foyer and ballroom amongst so many Bahamian icons (some nominated, some not nominated) I didn’t feel any pain! The energy was captivating, the excitement was high and the fashion…oh baby… the fashion was ICONIC!

It was the 2017 Bahamian Icon Awards that was sponsored by the nation’s newest telecommunication company, ALIV and it was one of the most anticipated events of the summer.

Everyone who attended was definitely concerned about their look! And I was no different. I called upon sewing wizard, Bahamian Designer Brittney Tamika to work her magic for me. After two days only, she whipped up a custom-made wine colored, mermaid style gown with hand sewn lace details. It fit perfectly and is still getting compliments up to this day.

The Red Carpet opened at 5:30 pm and I was there to take pictures of and interview the nominees and guest.

Mr. David Burrows, the Vice President of Cable Bahamas was the first person to walk the red carpet, giving me a chance to ask him a few questions. 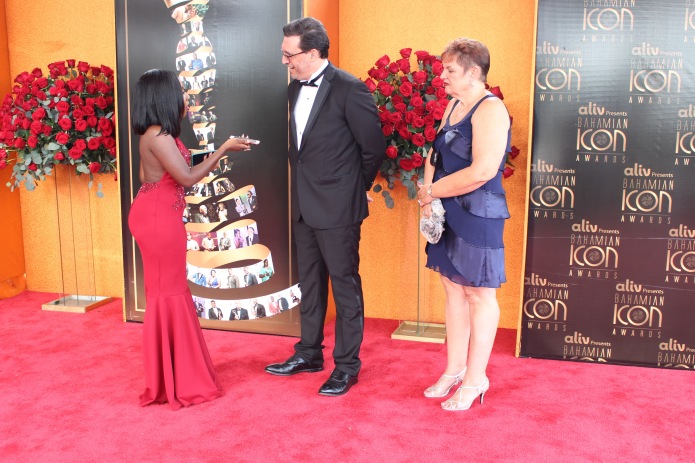 Hints of red seemed to be the color of the night, and I was fascinated by a nominee of Youth Development, Mrs. Phyllis Gararway’s red number.

She was nominated for her phenomenal work with the Yodephy Dance and Modeling Academy. Mrs. Garaway revealed that her dress was made by Bahamian Designer Javotte Bethel & her little straw purse by Joshua Designs. When asked ‘why she chose to wear red to the event’, she replied: “its My favorite color and much like my personality, blooming, vibrant and fiery.”

Nominees and guest were rolling in one by one, and everyone was posing for the cameras.

I got the chance to chat with two more Bahamian Icon Nominees, Al Francis and Sabria Thompson, who were nominated for different categories.

Mr. Francis was nominated for Entrepreneurship. He was being recognized for his business, The Home Center and mentioned that ‘it was an honor to be nominated.’ 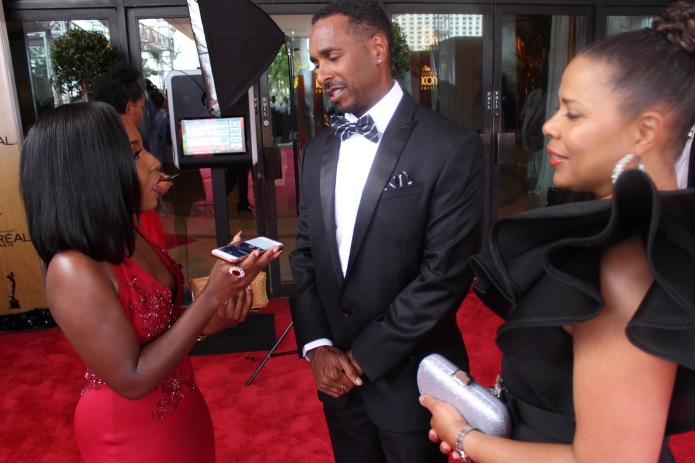 He went on to say, “I’m in good company and it’s good to be rewarded for all the hard work you’ve done over the years.” I asked Mr. Francis what is one tip he would like to give young, upcoming entrepreneurs and he gave me three:

Sabria Thompson was a Rising Star nominee who also sported a red gown to the event. I was so impressed by her story and couldn’t believe she accomplished so much for only 21 years old. She studied at St. Leos University and got an A in her tax class. The IRS then invited her to take a series of exams which she passed with an A again! This landed her a job filing taxes and a Bahamian Icon Award nomination all before she turned 21. “I turned 21 after I got the nomination.”, she laughed.

It was soon time to find out who were the winners as the show was about to begin. But just before the red carpet spilled into the ballroom, I managed to interview Fine Arts nominee, Ryan Turnquest.

Like most of the nominees, Ryan felt “honored” to be recognized by  The Bahamian Icon Awards that evening especially since he had only returned to his crafts 8 months prior. When asked what motivated him to return, he replied the death of his brother, Chris. It is amazing how a tragedy can turn into triumph in just a few months.

The show opened with a performance by Wendy Lewis, who also took home the Icon Award for the Music category. I didn’t get a chance to talk to Wendy after her win, but I did speak to a few other winners in the ALIV Media Room.

Allan Pachino Wallace won the Fine Arts category, which was his first win for the night. He later won again in the People Choice category as a member of the artistic group Trilogy.

After Alan, I caught up with Ramona Wells, the winner of the Education category.

Ramona was overwhelmed by her win and that she was being recognized for doing her everyday job as a Technology Teacher at C.H. Reeves Junior High School. Ramona revealed she always had a passion for teaching and is happy that “someone is taking recognition of it and highlighting educators.”

Humbly, he gave “God and his family” credit for his win and mentioned that he’s inspired by Disc Jockeys from the Bahamas and other parts of the Caribbean.

The show continued with musical performances and comedic dialogue from the host. I would catch just snippets of the performances while waiting for the next winner to be announced.

It was truly an honor for me to speak to first-time winners such as Remardo Russell (Entertainment), Beverly Curry (Media) and two-time winner Kareem Mortimer (Recorded Entertainment).

At the end of the evening, right before the final performance, CEO of SIDDA Communications and the founder of The Bahamian Icon Awards Mr. Addis Huyler revealed that he wasn’t sure if he would’ve hosted the awards ceremony this year.

I thought about that for a moment. What if he didn’t put on the “Icon Awards” this year… how many people wouldn’t have had their glorious moment that night? How many Bahamians wouldn’t have had anything to aspire to for next year and years to come?

Then I smiled to myself, realizing I was actually there, another year, and Mr. Huyler did indeed put on an awards ceremony that created the most iconic moments The Bahamas would ever experience in one night this year, 2017! 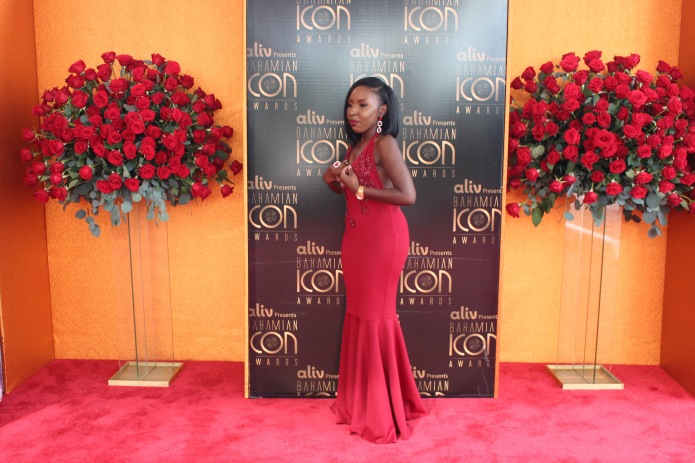 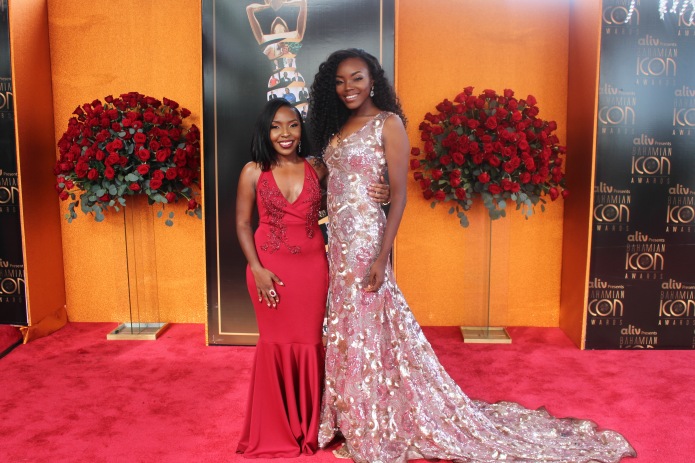 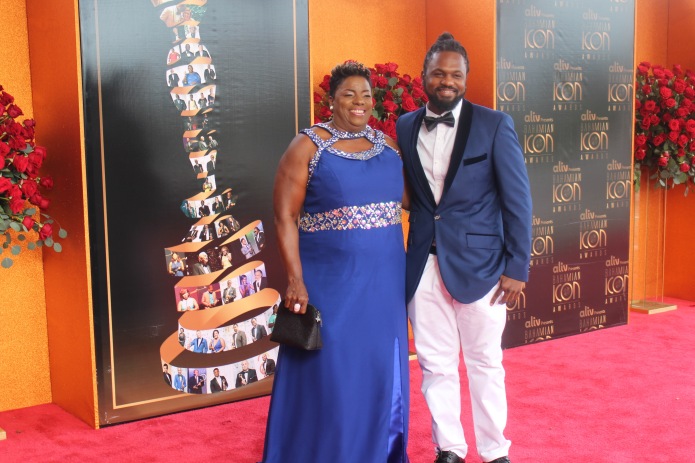 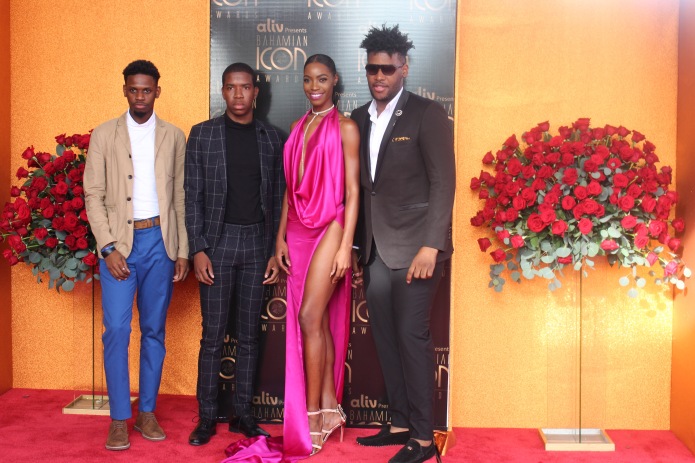 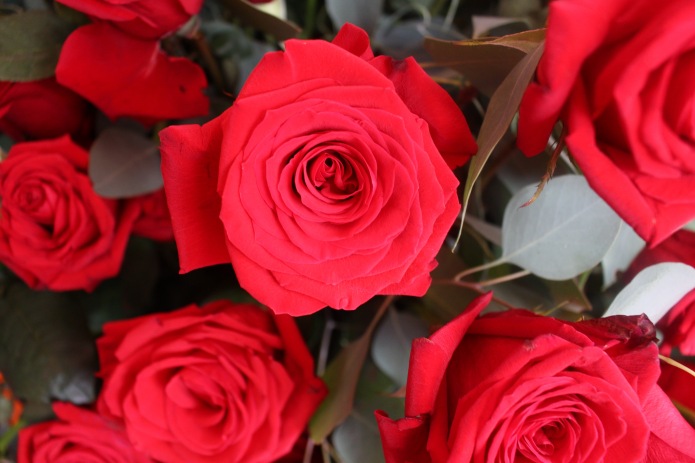 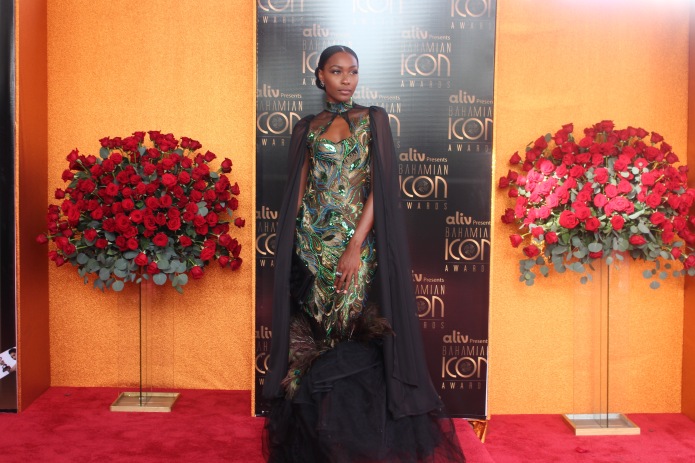 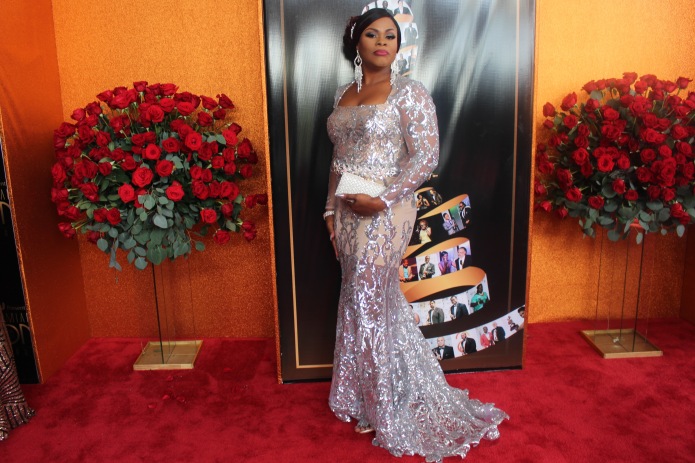 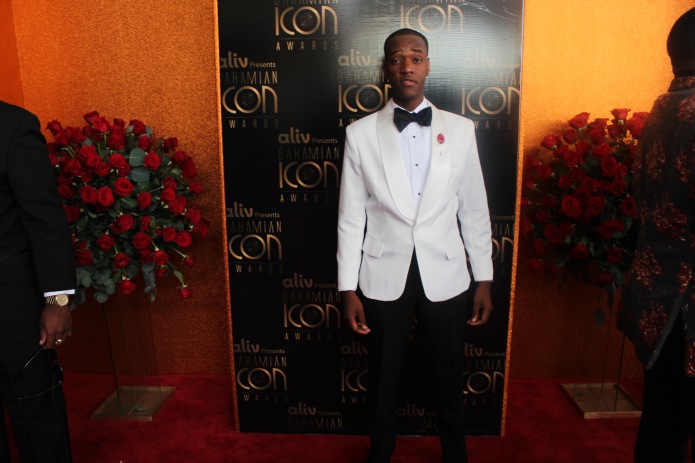 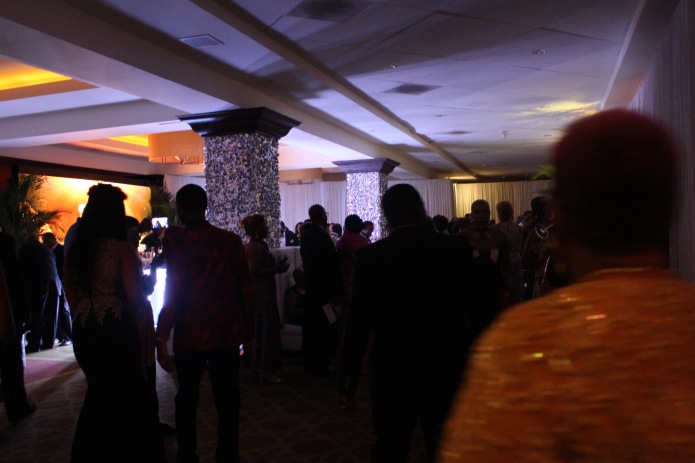 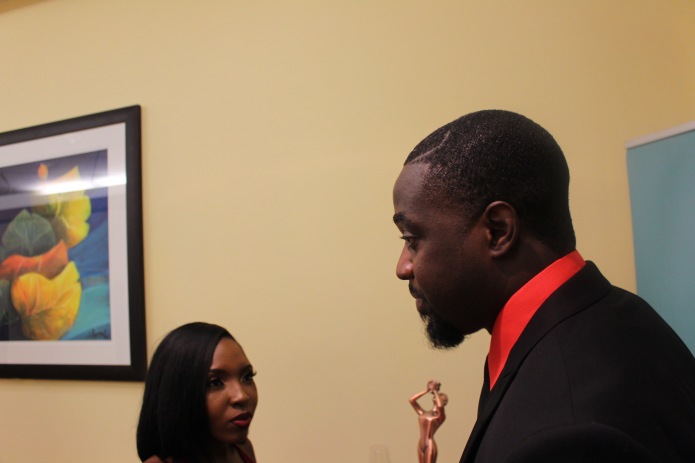 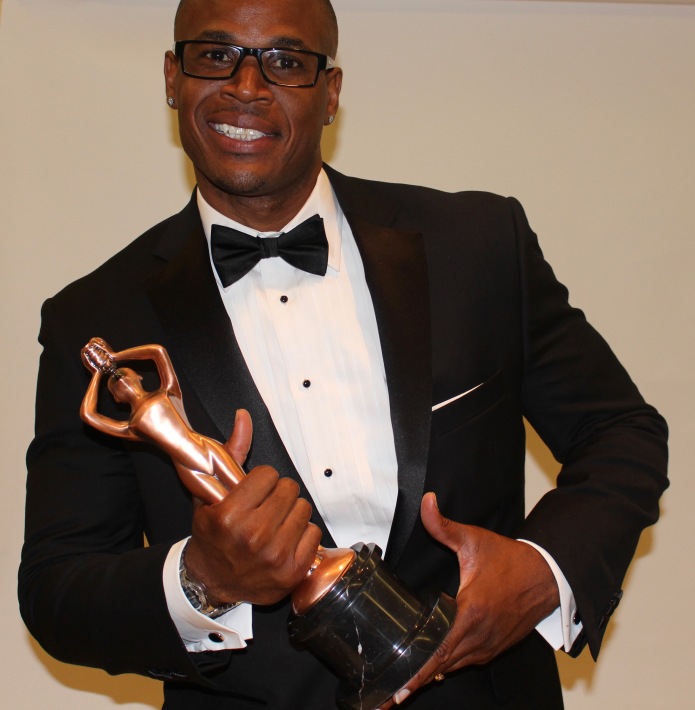 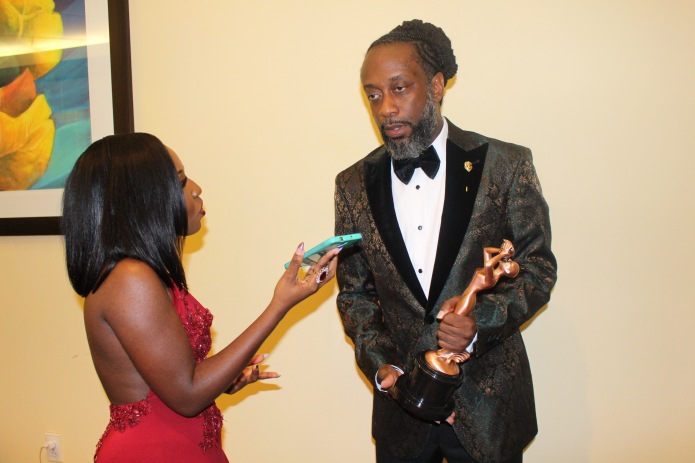 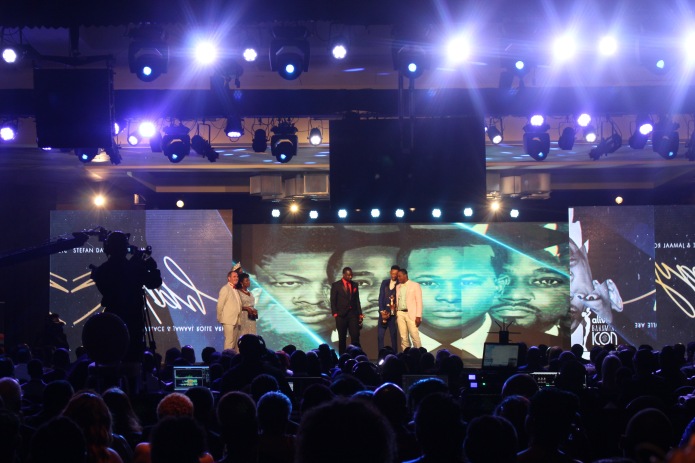 Hello Beautiful, September rolled in swiftly and smoothly, and so did My favorite day of the year, September 16th. I’m especially grateful when I see this day because it means […]
#OOTD: 9.16 Lookbook

Hello Beautiful… Honestly, I don’t know much about this week’s Double Take feature except that sis is Stylish, and she’s a Stylist! She’s also in My Top 3 of Style […]
Double Take: theBstinger

Hello Beautiful! Have You ever bought a Piece (of Fashion) and based Your entire outfit around it? Maybe a particular earring, a certain shoe or a unique hat? Well in […]
#OOTD: Bahama Mama

Hello Beautiful, If you follow me on Instagram, you would’ve known by now that I’m currently using Sanitas Skincare facial products for normal skin. The kit was suggested to me […]
Sanitas Skincare – 1 Week Recap

Hello Beautiful, Life is coming at me fast this summer! I don’t think my closet can keep up with my invites. But I’m grateful for being busy, because I get […]
#OOTD: Blazer and Bicycle Shorts